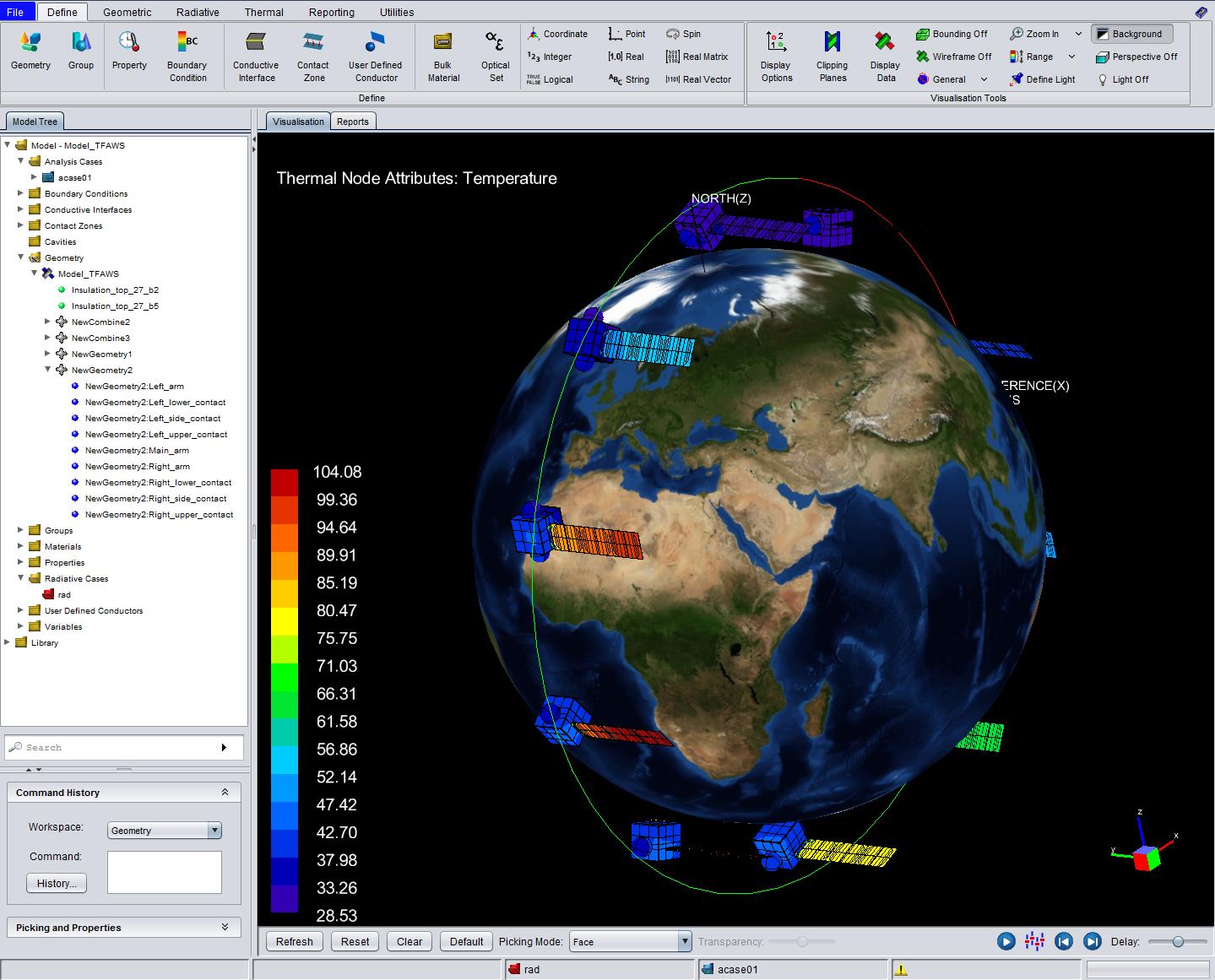 ESATAN-TMS provides a high-productivity and powerful thermal modelling environment, supporting the complete thermal analysis process from geometry creation, radiative and thermal analysis, and post-processing of the thermal results. ESATAN-TMS 2016 not only provides a new look and feel to the product, but also provides improved productivity. This new release also includes functionality to model UV radiative emitters and the ability to include non-isotropic materials. ESATAN-TMS 2016 also contains a large number of general improvements and bug fixes.

For a full description of all the functionalities and improvements, please read the Release Notes.

ESATAN-TMS 2016 sp1 features are outlined below:

Increase in the number of colours for discrete displays

Fixed scale and animation across results

Select data within the picking table

Handling of larger models by Thermal

ESATAN-TMS 2016 features are outlined below: